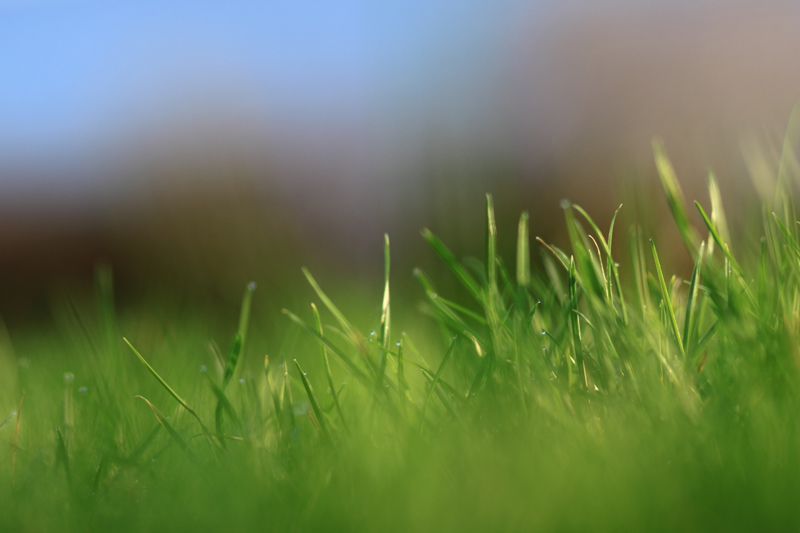 Joyce sat on the wall looking over the road at the lake. Small quick waves lapped against the stony shore. “Nothing ever happens here”. Ray stopped sharpening the stick and stuck it experimentally into the ground. “Not my fault.” “Never said it was.” “Yeah, well you have to cut the lawn today.” “You do it!” “Your job. I cut the hedge.” Joyce looked sidelong at the stretch of raggedly rectangled hedge. “It’s stupid. It just grows back in a week.” “You have to.”

Deceptively full silence returned. Leaves rustled, waves lapped, insects buzzed, and small birds chattered. The midday sun hung above a flotilla of slowly drifting clouds. Joyce examined a loose flap of dead skin on his wrist where it had been burned. Ray walked out onto the lawn and began throwing the sharpened stick in spinning arcs. Sometimes it caught the soil at the right angle and dove in deep. The rest of the time it came in too acute or obtuse and glanced or bounced forwards.

An hour later a white Toyota pulled up to the gate, slowed, and turned into the short drive. It stopped at the gable, the engine shut down, and after a pause, Mr and Mrs Billory got out. Mrs Billory looked moodily at the tarmac then wrestled a box of groceries from the back seat. Mr Billory cleared his throat as he lifted bags from the boot. They walked wordlessly in the back door. Ray appeared from the living room, chewing and humming. Mrs Billory heaved the box onto the kitchen counter and turned sharply. Ray stopped humming. “Are you two watching TV?” Ray stopped chewing. “No”. Mr Billory straightened up. “Did you cut the lawn yet?” “I cut the hedge. Joyce didn’t do anything.” “Where is he?” “I told him to do it.” Mr Billory took a step forward just as the sound of a lawnmower’s uncertain first revs burst into life. “Go down and tell him to use the petrol from the black can.” Ray grunted as the adults started to put the groceries away without looking at each other.

“Why do you always cut the edges first?” yelled Ray over the drone. Joyce shrugged as he kicked the red can back into the corner. The throaty cackle of the engine swelled as he pulled the throttle lever all the way up and pushed the mower onto the lawn. The power drive was broken so he had to push and pull it around the garden. He started at the edges, letting the blades skim right up against the flower bed. With a loud crack they chewed some soil and hit a stone. Satisfied, Joyce continued on. Every so often the racket was punctuated by another satisfying crunch or snap.

Ray stood leaning against the shed door and watched until he could see that Joyce was sectioning off the lawn by going round the edges and mowing joining lines. He sniffed the hanging petrol fumes, looked around for the stick and saw it wedged in the grass. As he watched Joyce approached it and kept his line dead straight. “Crackksnackksnapsnackksnackk”, gargled the struggling blades as they chewed up the wood. Ray sighed and put his hand in his pocket to feel his cool metal penknife. Thoughts of undone homework flitted erratically across his awareness. He swatted them away, turned on his heel, hauled his bike from the shed, and pedalled it out onto the road. As he passed the corner of the house he could hear arguing: the shrill angled pitches of his mother followed by low defensive returns from his father.

Joyce was yelling over the din. “Nothing nothing nothing”. He had finished the edges and was halfway through an almost square area whose sides were steadily shrinking with each length cut. Nobody could hear him. “Nothing nothing boring boring” he sang out, the tuneless air hidden. A flock of flies hovered around his head carving aimless doodles. A startled blackbird fled suddenly from one of the birch trees. Wilted daffodils had given way to bluebells and greening shrubs. Some dog or fox footprints criss-crossed one of the flowerbeds. The sun went in and out of the patrolling fleet of clouds sending patches of shadow and light across the lake, over the little house, and out into the fields. “Nothing boring boring nothing”.

The next sudden crunch was satisfying at first too, but when Joyce looked down he saw the frog’s leg on one side and the rest of the frog on the other. He stopped singing, stopped moving, stopped breathing, and stared. The leg twitched and the body writhed. The frog’s bulging eyes looked helplessly up as it tried to kick itself away but only flailed in convulsive half circles. Its smooth green skin was darker than the grass and its tiny delicate digits opened and closed in disorder. A thin growing trail of blood followed its jolts from the glistening pink open wound. Joyce swallowed and unbreathing stomach-tightened stared. His hands loosened then gripped the metal mower handle. His mouth dried up and he felt like he was falling forward. Another cloud-shadow was edging towards the garden over the road from across the water. Three crows flapped over the roof of the bungalow. The birch trees shivered in the late spring breeze. Joyce could see his mother angrily peeling potatoes through the back kitchen window. Her head was down and her hair was over her face. The mower roared on, eager to mow more.

The sky suddenly looked huge and the world impossible. Joyce closed his eyes and took a short breath then held it again. He remembered his granny’s funeral and the frogspawn he had forgotten to take from the jar, and wondered what Ray would say as he pulled the machine back and pushed it forward to the left, breaking the line, trying not to listen. But he had no voice for singing now, and no choice but to hear.

**********
Donal Kelly, August 2013. I've been trying to find a 'way in' to a story. I am always amazed at the rich tension or insight that a master storyteller can weave with even the sparsest of details. They say you should write what you know, but what do you know? A motley collection of gathered and mostly dropped, discarded, and forgotten undeveloped ideas. A litany of paths trod on then abandoned. Maybe what you need is a stubborn insistent search to root out and develop ideas from the myriad potentials. Look at the wealth of drama and violence in even a local newspaper. I wanted to try and capture a little of the complexity of life through hints and details, suggestions and nudges. The reader creates the story; the reading has its own short life. Surely I have crushed any possible delicacy and spoiled the fruit, but maybe next time.
**********