–Photos of Inchagoill and Lough Corrib—

After the long winter and slow-rising spring the green explosion finally happened.

The mayfly season on Lough Corrib rolled around again. Birds and fish feast on the short lived flies as they rise to the surface en masse. They are easy pickings, their defence lies in being so numerous over a short period that they can’t all be eaten. Trout pick them off as they rise up through the water and emerge into green fliers, letting their delicate long wings dry in the sun before taking off. They are poor fliers and can’t get airborne on a windy day; their only hope is to surf the waves to the shore and wait until calm to fly up. Seagulls scoop them out of the water. Agile swallows pluck them out of the sky. Spiders snare them in webs. Fishermen and enterprising kids pick them from rocks and trees, pack them into wooden boxes, buy or sell them by the dozen, impale them onto barbed steel hooks, and dangle them from long telescopic dapping roads over the surface of the lake to entice trout to a final meal.

The trout themselves end up eaten, gutted and cleaned and decapitated and baked in the oven. no less brutal but far less remote than the sanitized slabs of meat parcelled out in plastic from a supermarket.

The fuel cord that connects the tank to the outboard Johnson 9.9 engine is missing a connector. The newer Yamaha ones won’t fit. My uncles try to find one for me in their shed but no luck. Instead I head out in the punt.

It takes about an hour to row to Inchagoill from Baurisheen, with a few flies trailing behind on the off chance that a trout is dumb enough to go for them. The calm lake in the warm evening is deceptive; there are a lot of flies hatching on the surface, and near the island trout slurping them at the surface. Black winged post-mating females fly their final flights back out onto the lake, laying eggs then dying. Perhaps their spasms as they die attract fish that might otherwise be eating the fresh unmated flies with a whole day or three left to live.

The island itself is a riot of green. The amazing trees are in full leaf and a cacophony of birdsong washes into the sounds of water. Huge oak, beech, and pines spread their branches and leaves up and out towards the sun.

The island has long been a significant site. There are are two small churches. One dates back to the 5th century.

Outside in the adjoining graveyard a simple vertical grave stone is engraved with one of the oldest examples of Ogham script.

The second church dates to the 12th century and is more ornate, with carvings over the doorway. A japanese yew once grew by the entrance, but was cut down as the huge roots threatened to damage the 900 year old building. The stone is weathered and riddled with small holes, punctured by hundreds of years of erosion, seasons of wind and rain against the carvings. Unlike the dense green life that returns with fresh leaves every year, the stones remain to live long and slowly wear away.

It takes me 40 minutes to row home, some slight ripples blowing from the south, and the sun going down in the distance over the maamturks. The oars cut into the water with a rhythm of little splashes. I count the strokes until I get distracted.

A late dinner: trout, potatoes, carrots. The old cat sits at my feet meowing for more as soon as she gets the scent. 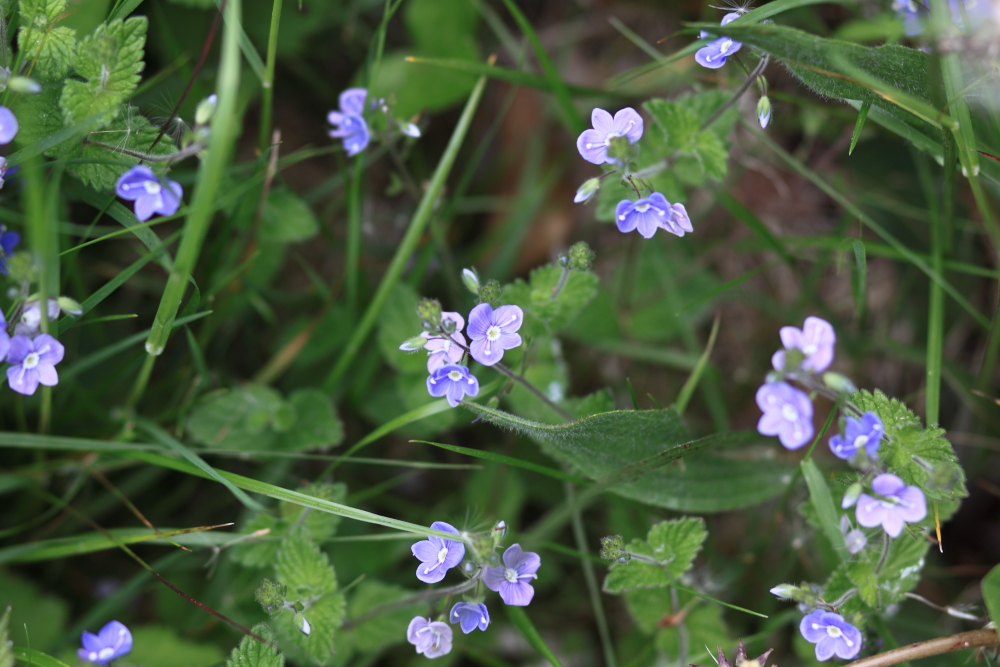 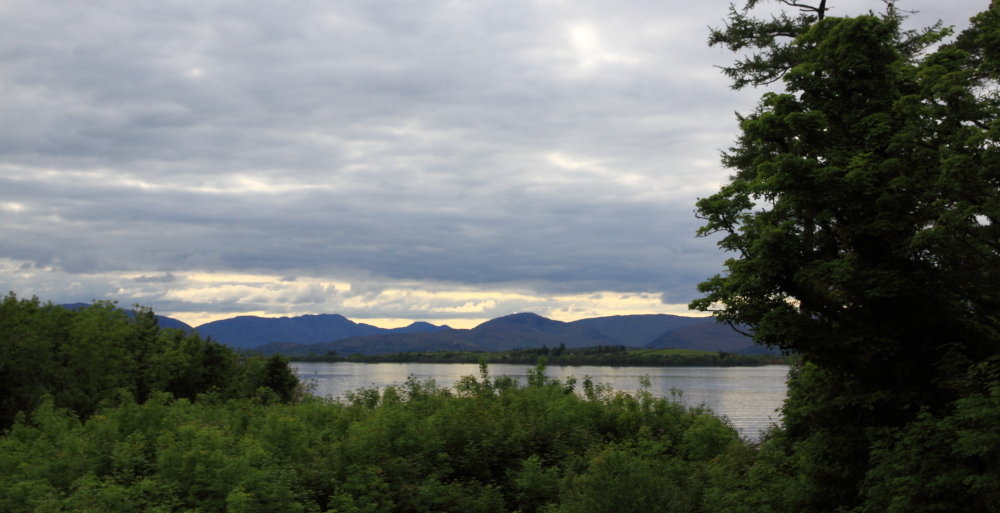 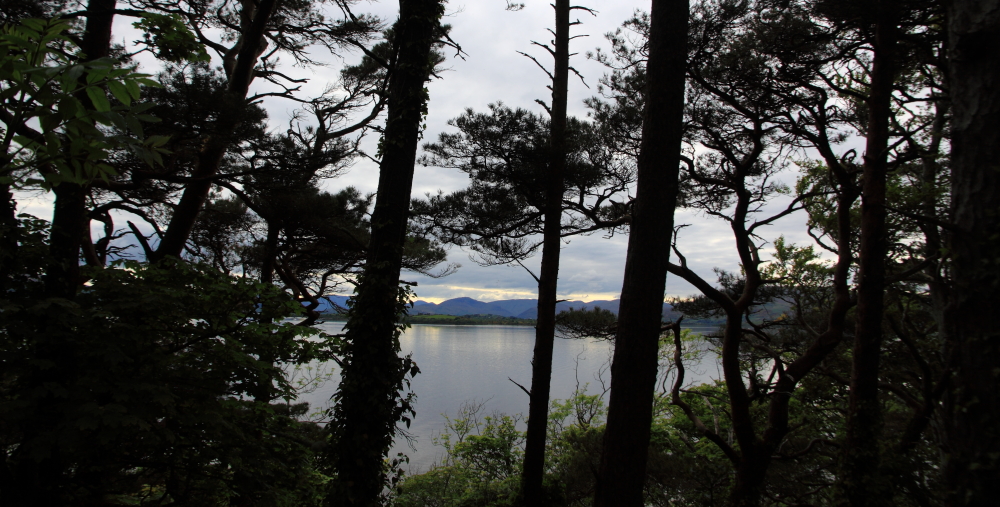 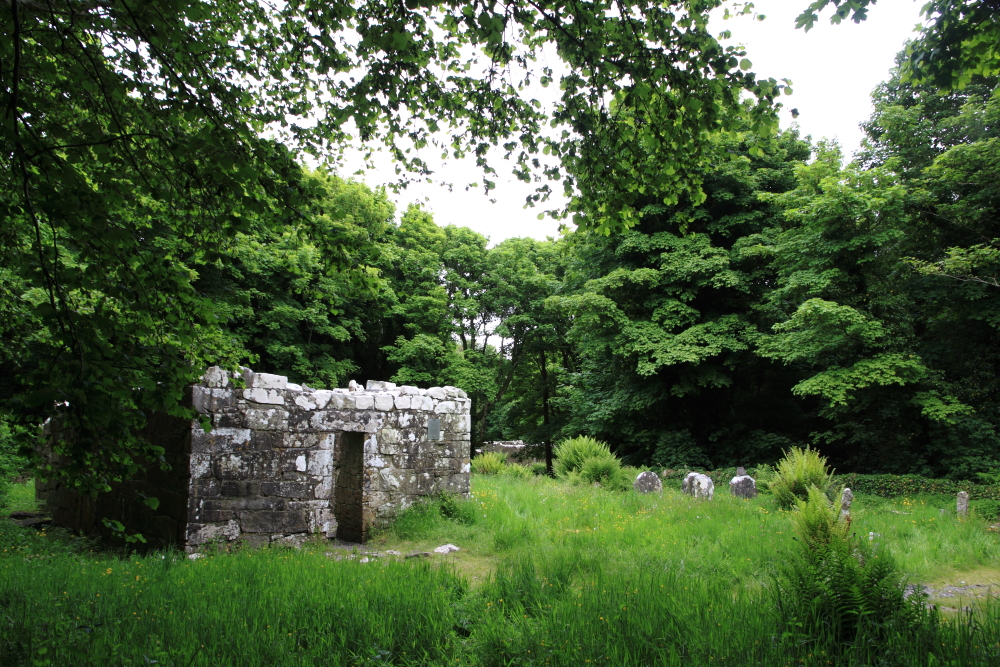 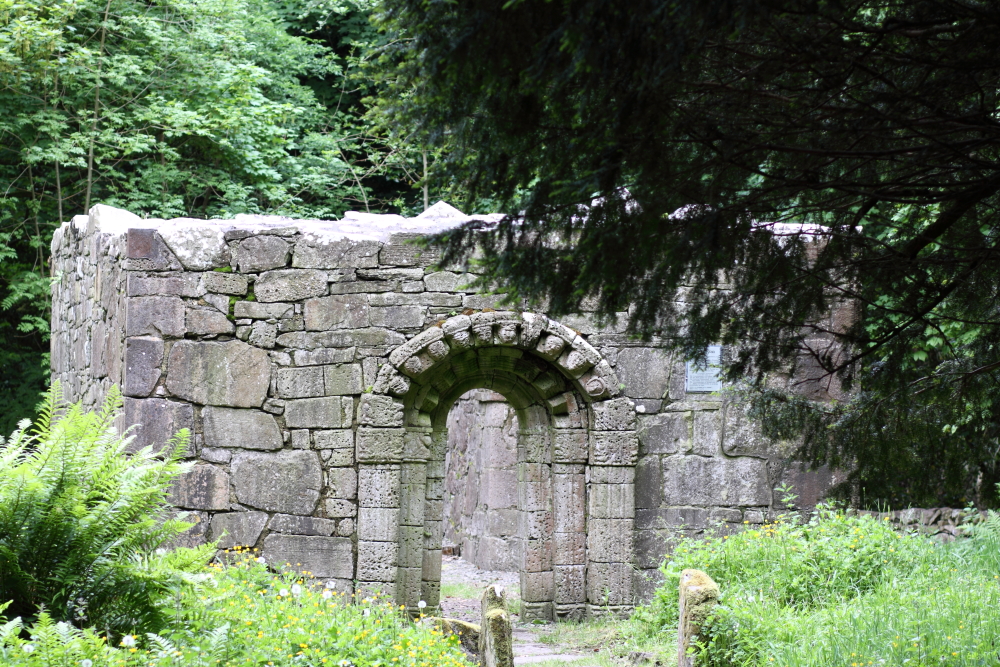 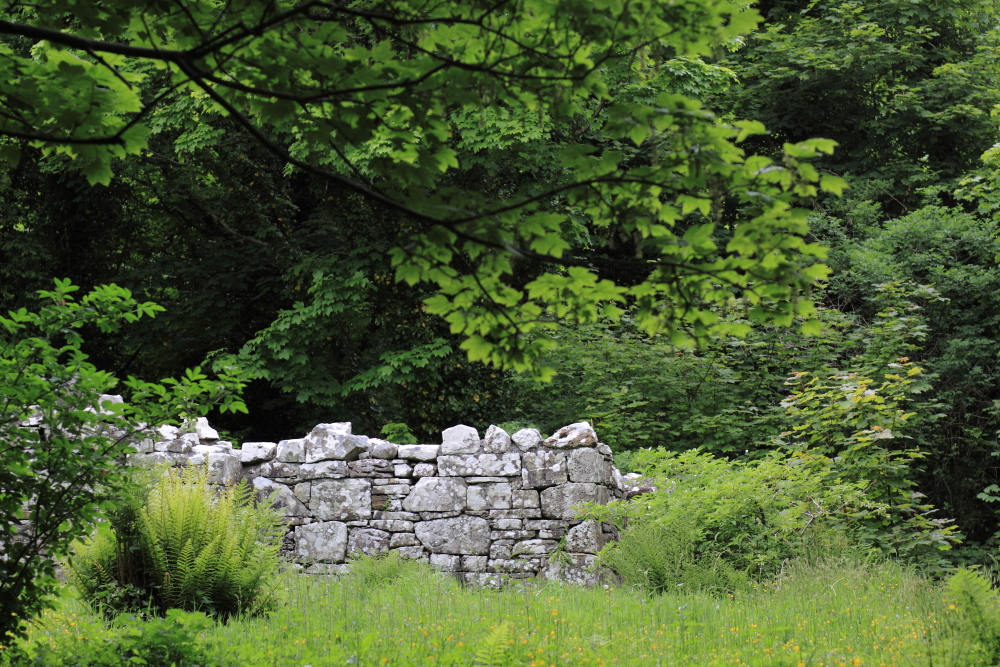 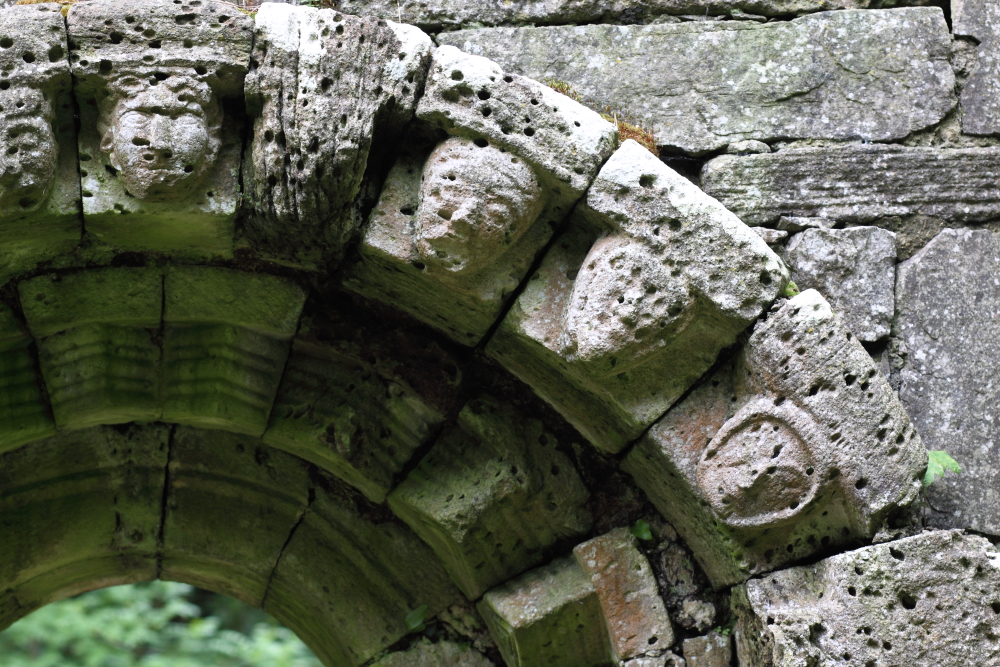 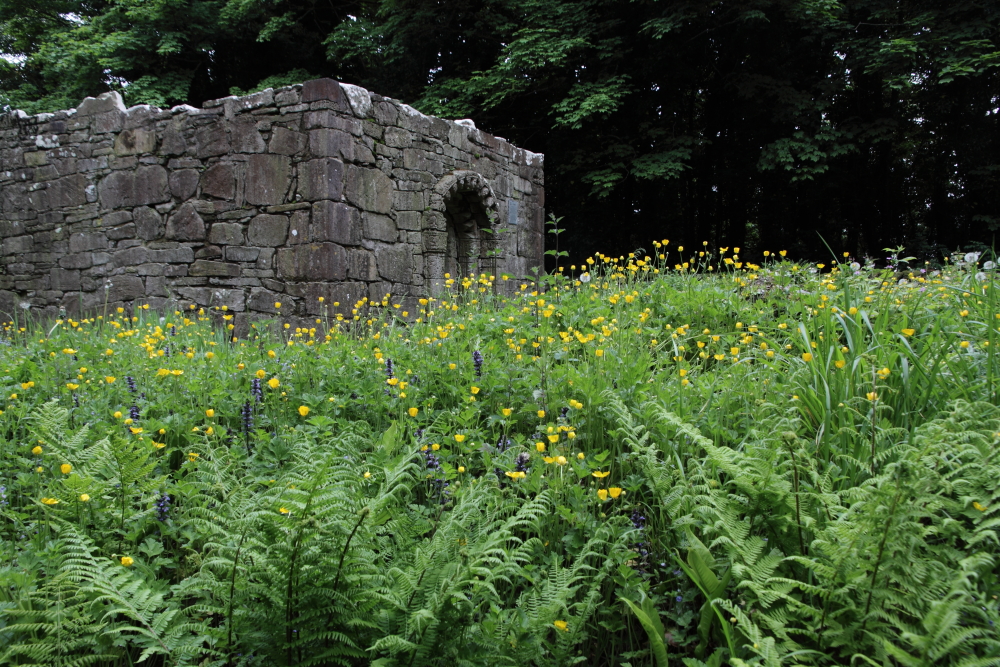