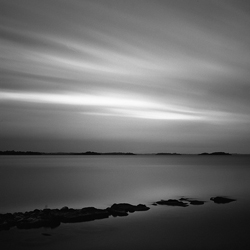 The second biggest lake on the island of Ireland, Lough Corrib and its many islands are rich in geography, ecology, texture, and history. This series is inspired by the landscape itself, the landscape that I grew up in, hidden by its familiarity, and by a general search for shores and contemplative solitude, as expressed in the last lines of John Keats’ sonnet “When I have fears that I may cease to be”:
“—then on the shore
Of the wide world I stand alone, and think
Till Love and Fame to nothingness do sink.”
There is surely times when each of us strives to find these shores, where thoughts are freed up and the slings and arrows of the scrolling streams of life fade in the face of a soft lake-borne breeze and waves lapping at our feet. 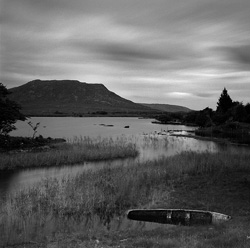 The Connemara region is a rugged landscape that was much maligned by the ice that harassed most of Ireland’s physical features into their current forms. From soft bog to exposed mountain stone to raw ocean tides, its sheer variety and depth are deceptive, particularly when familiarity and weather conspire to hide it away so often.

There are so few wild places left to get lost in; yet here the undomesticated bog bids for your shoes, and the uncivilised ocean bids for your comfort. Connemara is more than postcards of heather and grass on route from coffee cup to coffee cup; it is a hard land of isolating terrain, and a deep culture of independence and stubbornness. 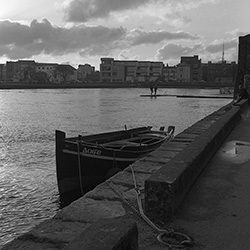 The City of the Tribes, outpost frontier, last stop before America, Atlantic Outlet, River City, student village, festival central, Ladies Day at the races, meet ya down at the Sparch, long winter nights, cosy as a snug in a pub in December, canals by the cathedral, a river races through it, nobody owns what nobody owns. Gaillimh abú, belongs to everyone who ever set foot, cobblestones, uneven. 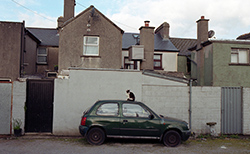 West of the River Corrib, Galway City is an organic confusion of ringed Claddgh streets, narrow low houses, and a medley of school, shop, cafe, and public house. 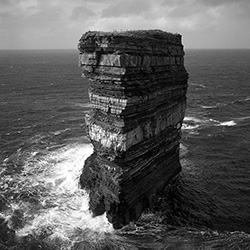 The sea the sea, salt of the earth, wind-whipped Atlantic waves, stone boring charges, sand in your shoes salt in your soul, face out to the endless ocean. The coast of this land is well seasoned by storm batterings and soft persuasive tides.