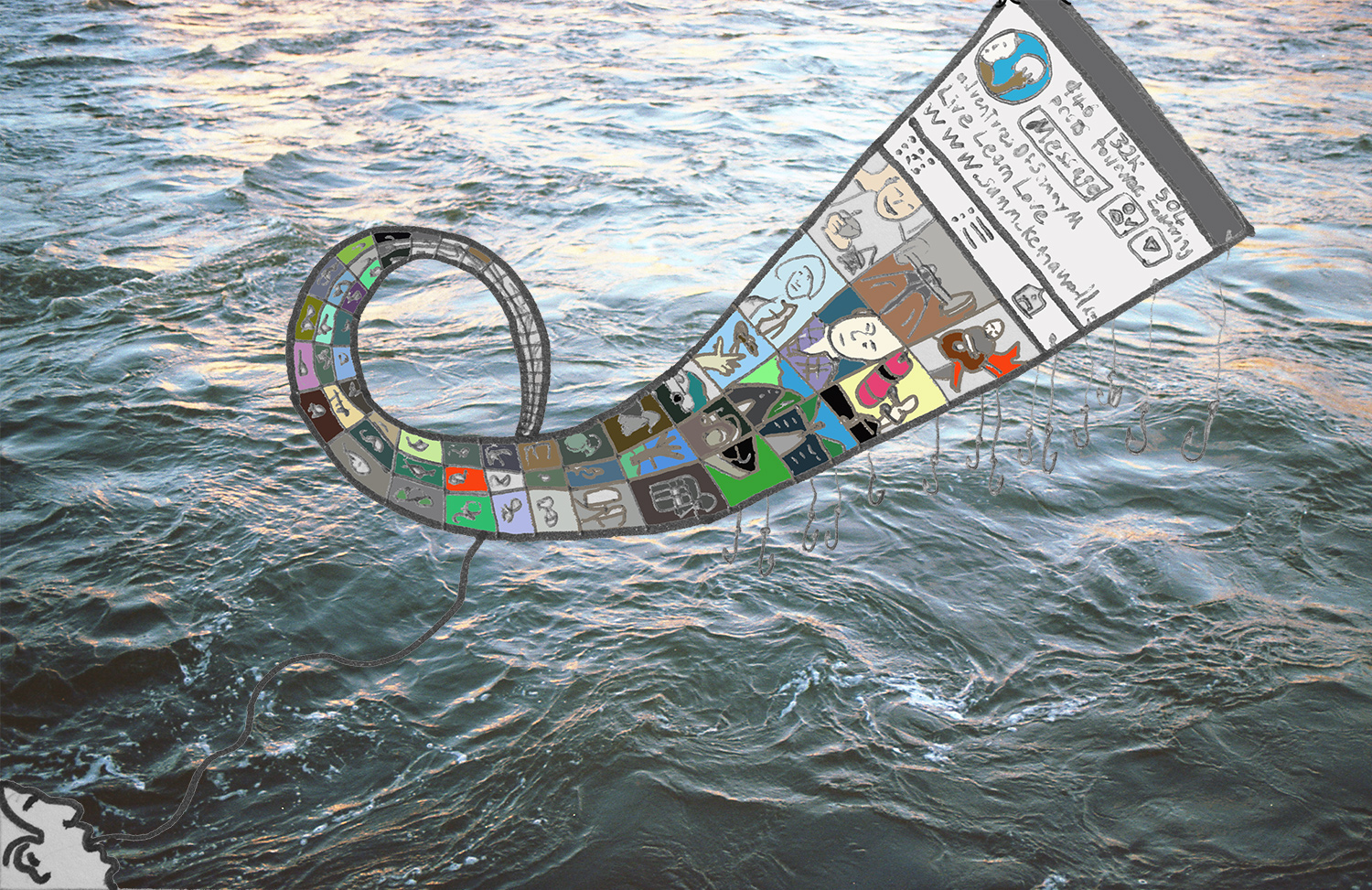 Suddenly Sam found himself sitting at the next table to Sam.

To be more clear, Sam McKenna suddenly realised that he was sitting at a table next to a table where Sam McKenna sat.

To be clearer still, here we had Sam McKenna, one of Mallow & Hanly’s least known accounts technicians, picking a seat in a corner of the Chromatica café on Bridge Street, sitting there checking his phone and the menu for the length of half a song, before noticing that the guy at the table next to him, with a strikingly pretty girl wearing her blonde hair in a tight bun, was definitely Sam McKenna: actor, artist, former athlete, writer, lifestyle guru, brand ambassador, and social media influence guru.

This had, on Sam the first, an immediate and pronounced effect. His body performed a series of little shivers and his heart rate abruptly accelerated. On Sam the second, no notice was apparent, and his conversation with the girl flowed on.

“And what I always found was that they treated McMurdo like a holiday rather than an expedition, but I don’t really get that. At all.”

This stark asymmetry of notice was also immediately absorbed by Sam the first and not at all by Sam the second. Sam the first strained to pull back his focus to the ordering of a green tea and a vegetarian wrap from the waiter who suddenly sidled up.

But when the waiter drifted off again, he couldn’t help but indulge hyperawareness, metallic and cold and heavy. He pulled up Instagram on his phone and began to flick through the latest pictures, expecting and then finding it: a morning contribution from @adventuresOfSammyM entitled “Monday = Leg Day. #bringtheburn”.

@samMckenna404 had been following @adventuresOfSammyM for over half of this period, and in the beginning had ‘liked’ each photo, even commented, but had since stopped. Yet he rarely failed to see them, and they rarely failed to have some effect. His attention, for good or bad, called on the algorithm to slide them up, alarm-call beacons of a different life.

An external observer might have classed it as a needless habit of self-inflicted mini doses of torture. @samMckenna404 sometimes did see it as a joke, played by the universe, with him as the butt. This unsettled him in two ways. One, that the universe might be of a form that played jokes on people, and two, that it would choose to make him the butt of such an aimless one.

In truth he generally felt more than he thought when it came to having a reasonably well known domestic celebrity share his name, and in the main these feelings were a lumpy mix of helplessness, fatalism, speckled greys on a bloom of blue, never feeding into logical thought. He had wished for a different name, but when he once got angry with his mother over it, she had no idea where he was coming from.

“But you could see that it wasn’t going to happen if the American investors pulled out, so I went over there to get some real space in the scene and get it really moving.”

At one table a Sam was explaining how his first book project got an international publisher despite him being from an ‘invisible corner of the planet, no offense’ and at the next a lesser known Sam was discreetly taking notes. It had dawned on him that this was an important moment, one that could be a make-or-break event with genuine consequences. So he scribbled on a notebook with page held open against the clear glass of tea that had silently arrived.

Every so often he made as subtle a sideways glance as he could manage at the other Sam and the girl. She looked like a model, with delicate makeup, darkly edged eyes, wide lips, sipping a flat white. He was eating his crepe with arms by his side and shirt sleeves neatly rolled up above his elbows and at the same time between chews and swallows chatted industriously.

@samMckenna404 tried to listen in without leaning over.

“Well I’d say it’s more stubbornness you know? If you know you have to get up and do it you will. Don’t even make it a choice.”

“And a day is so short really when you think about it, you have to make each one count, be ready to switch over to something else, always”

“It takes a while to find the style that works, but you can always try something new. delete what doesn’t work- should always be tight you know?”

“But you know, I could take it or leave it. It’s so much hassle. But I feel like I have to keep it turning. Keep building something.” 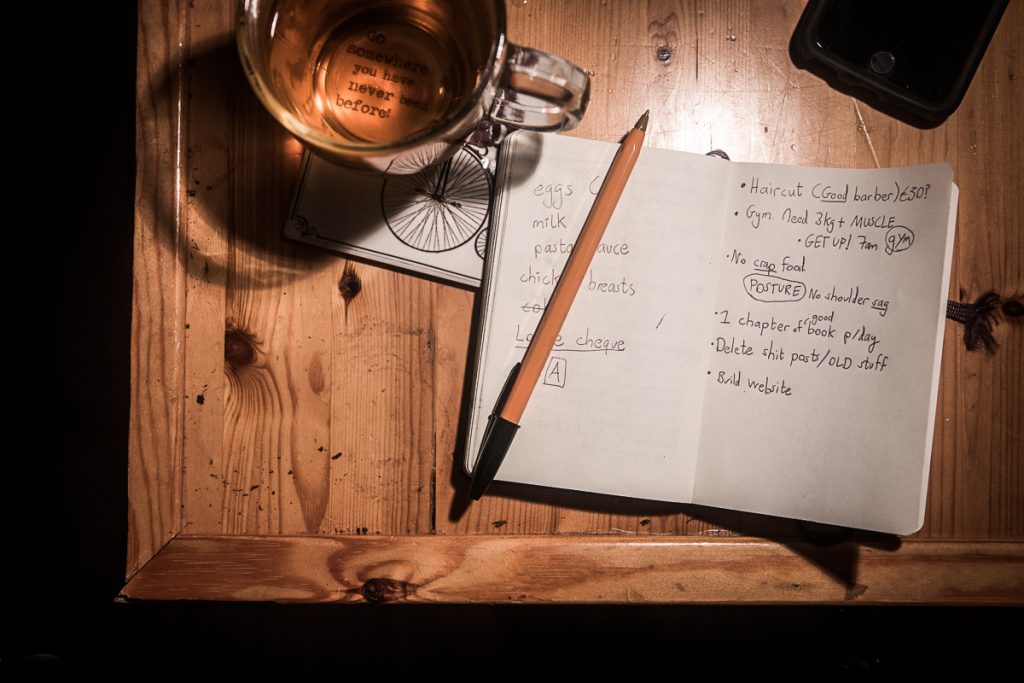 @samMckenna404 had gone through overlapping phases in his opinion of @adventuresOfSammyM. In the beginning there was a sense of fresh possibility, where his name, his location, his narrow neck of the wide world, weren’t barriers, weren’t fundamentally inconsistent with a future as a man of the globe.

He liked every post. He commented. He looked up the Wikipedia page and bought the book and noticed mentions in weekend newspaper supplements or TV special interest spots. One or two of his friends would joke and jibe each time that he was in the news again.

But slowly slowly, like the leaves of a tree, off a tree, sparks of possibility and anticipation split at their stems and fell fluttering, specks of disappointment, accumulating into a layer of stubborn soil. The successes, the holiday snaps, the beautiful casually effortless sunlit globe trotting life possessing hand-to-the-sky fly by embraces of existence…. he began to resent. He couldn’t help but drift into visions of two roads diverging in a wild wood, with two Sams taking different paths, and now…

@samMckenna404 was feeling pretty good right now, having filled two pages with his list of change and plan. Many paths break off in the wild wood, and this was another, a new beginning. Today only dictated where he started from, not where he could get to. He began to formulate another plan. He thought, wouldn’t it be good to explain to Sam that he too was Sam, from the same town, and almost the same age ( a little longer of tooth). That would be a real connection. A bond even. A useful root.

All it would take- a sentence or two, the right spacing between the words. No desperation, no neediness, as though he had suddenly noticed for the first time and was totally cool about it, totally cool with it either way, if it happened to exist or not, totally chill in a sea of calm.

Yes, he thought. I will. I can. Nothing to lose. He closed his notebook. Took a drink of tea. Looked at the phone.

Sam the first froze. Waited. But now was the time. he began to turn.

But Sam the second was holding his phone in front of his face, coffee cup up in the other hand, taking pictures. Sam the first tried to read the brand of the watch and waited. Sam the second seemed unhappy with the angle and began to try different ones, then took several photos of the table. He moved the girl’s half-empty cup closer to his own. Sam the first waited. Eventually it seemed to be finish. Now Sam the first turned further over.

But the waiter had appeared at the other table and had made eye contact.

“Ah, no worries man, glad you like it. Looks like you’ve been putting it into practice. You go to a gym round here?”

“Yeah, yeah, the Basement gym… I’ve been trying to bulk up a bit lately but will but start cutting again in a few weeks.”

There was a pause.

“Well, great to meet you, lovely food here, real coffee. will be in again next time I’m in town.”

The waiter realised that the blonde girl was standing behind him.

He lifted the plate of the table and sidled off. The blonde girl smiled and sat down.

Sam the first was caught in his half turn, body twisted left, eyes tilted right, seeing the waiter and Sam and the girl and now caught flat footed trying to recalculate a route.

One of your fans!” laughed the girl.

“But it’s gotten so bad lately. I mean, what do they want really? I know it’s nice but you feel so… watched. Even when I’m back at home.”

“Yeah, but there’s a time and place you know. They all seem to think they’re the first to… I mean, what can I give them? I put myself out there, for what? “

“But you know the score right? I mean, you play the game no? You… this is what you do right?”

@adventuresOfSammyM looked across at the blonde girl and made an affected dropping sigh, then gazed out at the street.

@samMckenna404 swivelled back around to face his own table and looked at his phone again. He watched them get up and gather their shopping bags and pay at the counter and leave a tip with a smile (the girl at the counter laughed at something Sam said) and push the door out into the street.

He sat and looked through the window and the people passing outside. They were dark indistinct shapes and all with their own unique strides, gaits, cuts of jib. An old lady pushing a walker. A group of teenage guys. Two laughing girls. A jogger and then another jogger and a man on a bike with flashing lights and a woman pushing a baby kart with paper shopping bags hanging off it.

Now @samMckenna404 was the only Sam again. He opened his notebook, and began to doodle around the notes he had written, then over them. He wrote “I am Sam” at the bottom of the page. Then he marked out “Sam” and wrote “Me”. “I am Me”. Then he opened Instagram and went to the @adventuresOfSammyM account. There was a new post. A Sam leaning back into a cafe chair with coffee. “Can’t beat catching up with my home town! Love this place! #hometown #timeout” 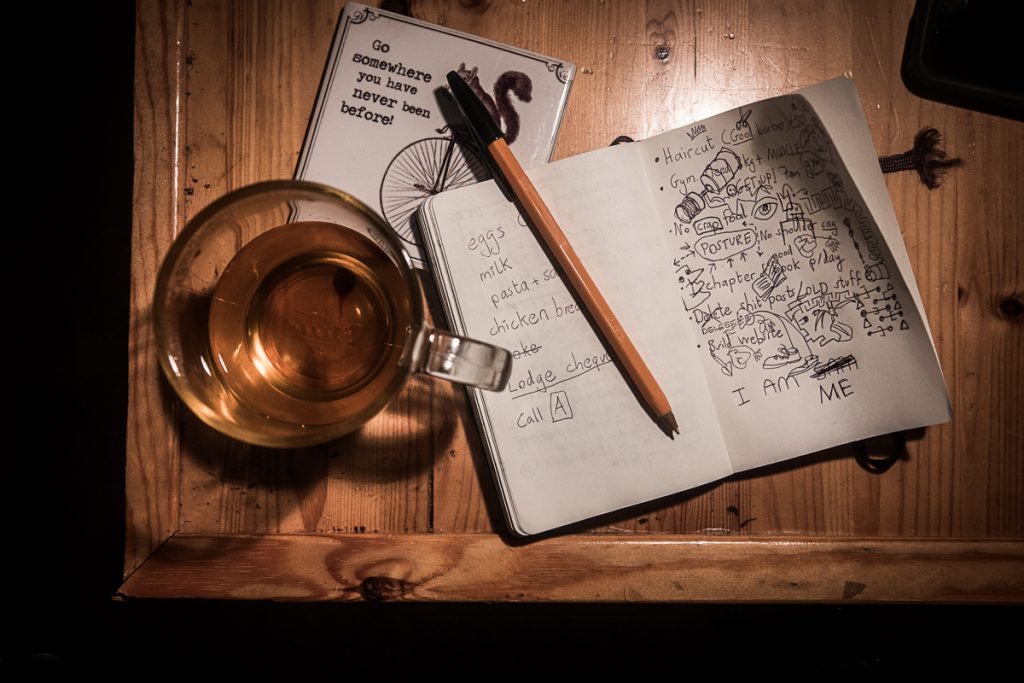 Is it done? Finished? Who knows... I change, tweak, update, tinker. And it feels like such a small thing. Just a few minutes of effort. A wren flying from one twig to another. A sideways glance, peripheral, and the machine so glut-full of ownership, elsewhere. I'm listening to songs by going through TOP 50 2017 lists and know so few, so few. And each time I wonder what paths in the wild woods they stepped on or off, and if you knew now could you have known then?

I imagined a chance encounter, and a shared name, to show up the asymmetry between one end of the FOLLOW ME market and the other.

The content of celebrity is anonymous attention, mediated by waves of technology. The relationship is one of access and distance. A telescope into other lives during lunch breaks. I imagined some moment of progress, a challenge, maybe an unfollow. But is it done? Can I finish it? Anything?