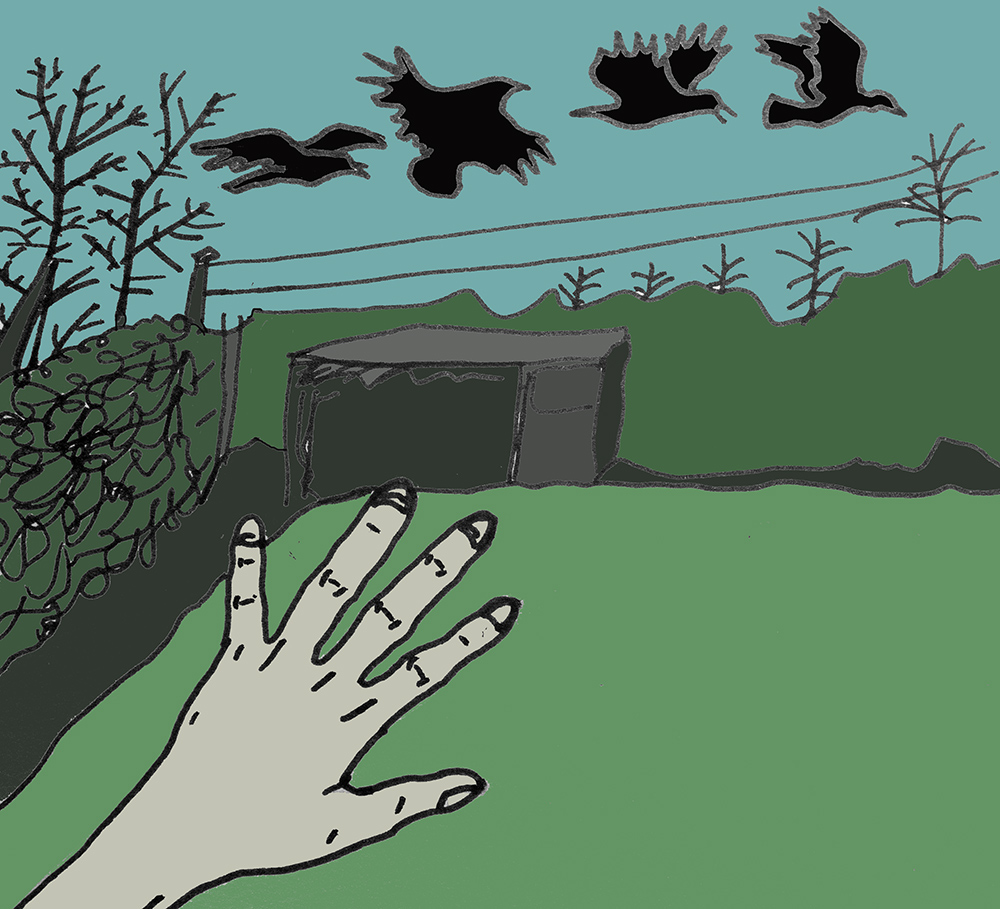 Gusto was only back for the weekend. I met him on Friday afternoon and again in a pub on Saturday.

It was December and there was a cold snap, with snow on the hills and scattered along the edges of roads. People marvelled about how one field was pure white and the next one wasn’t.

Galway city was dressed in Christmas lights and brightly decorated window displays that shone out against the early nights.

Gusto was already there, and it turned out his uncle had come too. Two uncles in fact, and a cousin: they had all come over from London. It was Gusto’s first trip back since he left but he seemed the same, engaging, and projecting easy confidence. An extrovert with introverting aspirations, he could sell ice to Eskimos but was a creature of habit. I on the other hand would routinely fail to make even the simplest of phone calls, but would seek to wander down streets I had never been.

They were round a table in the back of the gastropub and one uncle was telling stories. Gusto had told me that he was a businessman who part-owned a chain of restaurants.

I pulled up a stool as the uncle described a wealthy businessman friend of his.

“It’s not about the money. Not at that level. It’s about the deal then, it’s about making that deal- that’s the motivation, not the money.”

To me, it had been a long year. Yet at the same time it seemed like each season was a cloth pulled quick from under dishes – a party trick. Except the trick never works, not in my rendition. The dishes fall and shatter, and only the table remains, smug and bare, every time. Oh dear. I was in, what I call, a trough. A trough, or the trough? Hard to say.

“Brian’s a programmer,” Gusto was telling his uncle. “But he’s taking a break.” “But he could get a job anywhere.” I could see a move-to-London vibe rising.

“Ah I’ll figure it out soon. Did ye order food?”

“I thought that there was a lot of IT work in Ireland. Maybe it’s all in Dublin?”

“Oh, but right now he’s writing jokes. Tell us one of your jokes B”

I hadn’t been writing jokes, not exactly, but I’d been thinking a lot about where jokes come from, and how people can suddenly come up with them at all. Take a joke like “Why did the fish blush? Because the sea-weed” and apply the format to something else.

“Oh, I’m not really writing jokes” I said. “I’m just watching a lot of standup on YouTube. I like to think about how jokes work, like, how they mess with your expectations of language or life.”

“But you wrote some no?”

“Ok so. Why did the mountain worship the sky?”

Groans from around the table.

“Why was the mechanic afraid to order the parts?”

“They were wheel nuts.”

“Maybe stick to the day job,” laughed one of the uncles.

The stories resumed. Gusto’s uncle began telling us about some Saudi businessmen.

“So they’re opening this massive new building, you know, the Burj Kalifa. And they plan a huge fireworks display. And one of the investors, he sees this big apartment block, 22 floors, that has the only clear view, to the side where the fireworks will be. So he buys it, the whole block. And he gets a designer, a brand, like Gucci, or, you know, Louis Vuitton, to kit out each floor. Each brand kits out one floor. And that’s just to watch the fireworks for the opening. 22 floors.”

I was thinking that Galway now seemed tiny, squashed, bounded on the poor coast by wild sea and back roads that cracked across the middle as they sunk into bog, all under unfolding layers of bad weather.

The pub was quiet. It was still early. Christmas parties would stream in later on, and Christmas jumper drinking sessions. The menus had changed, and the waitress told us there was new management. She’d been there since I had worked nearby the year before.

Stories continued. I didn’t have much to offer.

“So, Brian, what else have you been up to lately?”

“Um, well, I’ve been busy, but, I’m not sure at what, exactly. Stuff. You know, not much structure.”

I tried to think of something to add. I remembered something that happened the day before at home.

“I had an interesting experience yesterday” I tried.

A space opened up just then.

“Very little, I mean, nothing dramatic, but I thought it was interesting”

The space was still there.

“Well, I was indoors for the morning, for a few hours at the computer, and it was cold, and I needed a break. You know, I was feeling a bit crap.”

Maybe too much, but I didn’t tell them about the trough, or how deep or steep or strange it could be.

“So I just went outside and walked a lap around the house to get some air, just before it got too dark to see. And as I walked round the back, a bunch of crows came flying over, over the trees and the back garden.”

They must have wondered where I’m going. A scattering of crows? Where was I going?

“And I just throw my hand up at them, like I’m throwing something.”

It didn’t seem like much of a story now. They were looking and I soldiered on.

“And the crows react. They suddenly spread out, then back in, but it’s so, seamless. It’s like they move before I do, or at the same time, and it makes me realise how, connected everything is, like it’s not not that this happens then this happens, but that everything is happening at once, and it all moves along as, as one.”

“What happened then?” asks the cousin.

“Oh, nothing,” I said. “I mean, the crows are already gone. They fly over the garden and the trees and come back in close together, like nothing happened. It just made me feel better, all of a sudden. Like I’d been plugged back in. Nothing dramatic.”

Now I wondered why the hell that moment came to me when I ransacked my brain. It always throws up random stuff.

The conversation bubbled on. The chatty uncle told us about high interest rates in Iran, and how princes in Dubai will spend $500,000 to get a number 1 plate to make their gold-tinted supercar stand out (because you can’t actually buy a car that will stand out no matter what you spend), and how burgers are more expensive in Galway than London, and how a multi-millionaire he knows will still work with a labourer shovelling or cleaning sometimes, or spend hours haggling to get things like toilet paper for a few pennies less.

“Maybe it’s like a backstage rider for a band” I tried. “Like Van Halen only wanting brown M&Ms so that they could check if the promoters actually read the contract. Like, its strategic really. Even if you don’t understand- some things are supposed to make no sense.”

I ordered dessert and ate dessert and the pub slowly filled and loudened. There was a decision to move to the city centre. Suddenly everyone began to stand.

When I went to the bar to pay, Gusto and his uncle began to happily argue about who should get the bill. Gusto eventually paid, and paid for all of us. I’d taken my wallet out and stood uselessly behind him, defenseless.

“Come to London, man. You can get a job there easy.”

The crows thing happened last week, or maybe the week before. It stuck in my sieve-brain, though it only lasted a few seconds. Nothing dramatic.

The stories about rich Saudi princes were indeed told, in a pub, but in a slightly different setting. I don't know if they are true or not.

I did make up those jokes, probably while driving, but they surely already exist.