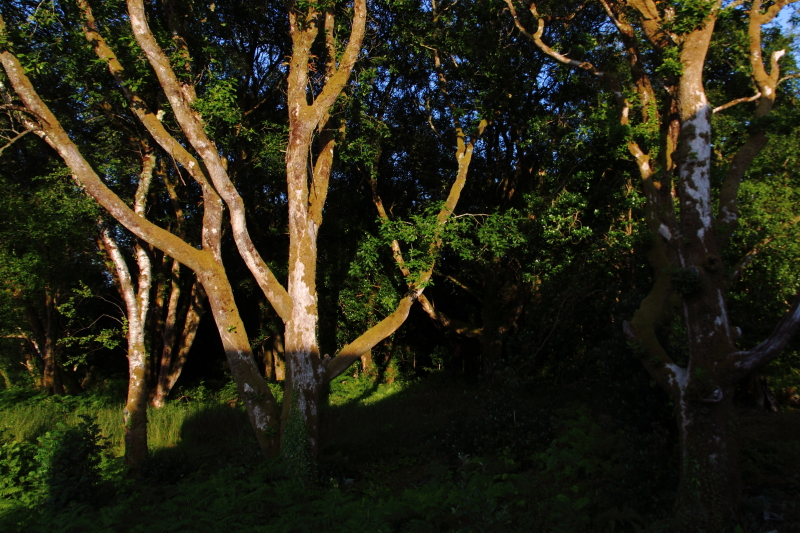 Richard Sadler stayed perfectly still as drops of sweat began to form on his forehead and trickle down his long nose and lean cheeks. It was already mid afternoon. Completely enveloped in a dense thicket, He was invisible from beyond a metre, darkly camouflaged clothes blending into the sprawl of summer overgrowth, stock of the rifle wedged against his shoulder, barrel barely protruding out of the leaves. It followed the line from Richard’s eyes to an open clearing a hundred metres upwind, where a lion was going to appear.

It seemed like an age to Richard since he had been holed up under the unblinking fluorescent lighting in the stuffy basement office on Weston Street, going through the D’Estre accounts figure by figure, welded to a cheap office chair on flimsy swivel wheels, punching numbers with index finger while trying not to squint, supping stale coffee and blinking. Clouds never drifted across to change the lights, and they never dipped and dimmed by the hour. Breezes carrying smells of the season never sifted through the stacks of papers or down the sterile corridor. “How many hours slowly seeped away here? How many ticks of a clock -beats of a heart – passed in that sunless scentless interior, where raw life’s natural dramas declared a ceasefire and raw life’s potentials evaporated?”

A fly lands on Richard’s neck but he does not budge. Out here there is no ticking clock; but his pulse thumps out a steady rhythm. It is important to be able to not scratch every itch. This is what he has been training for. He must not give away his position, not after all of the effort. The climax is close. He wanders again over scenes that seem to be from a previous life. “How inhuman and unnatural! How cruel to senses honed over thousands of generations to be deprived of the rhythms of day and season; the morning sun, the spring rain, the cold winter nights. How stifling and strange to portion off precious heartbeats according to mechanical regularity, an indifferent exactness, labouring for an abstract currency under digital timers, removed and twice removed from the guts of existence. How far we are from the sowing, the growing, the harvesting, the killing, the filling of bellies from hand to mouth, wild on wild under an open sky? Contemporary man, struggling to define himself in a chaos of artificial structures and orders. Where now the synergy between the ebb and flow of the Earth and the straining of finger and thumb? What of a man chained to a painted plywood desk, badly postured on a squeaky chair, prey to a needling middle micro-manager called Harris, captive in a closet world pinned down by structure, by institution, by regulation, by fear and order? Did those D’Estre accounts ever balance out? Why were they so slow in submitting expenses?”

Something snaps him back into the present, and thankfully he is still frozen into his pose, a solitary hunter drawing neat breaths of pollen-heavy air. He lets his glazed focus sharpen again on the scene, the dappled light and dark patches of bush leading out onto the short-grassed embankment where the lion was going to appear. Any second now. He has to remain in the here and now. From now on, from now on, at one with emerging experience, and no more second-guessing or easily-provoked doubt. Embrace the unregulated fear.

One hundred metres from the unmoving barrel of the rifle, a two-hundred and twenty-three kilo adult male lion rises softly from his slumber and pads from a familiar shade to a familiar clearing, flicking his ears. Fresh despite his eleven years, clear-eyed, thickly-maned, carrying some healthy fat around the shoulders, he yawns deeply, exposing glinting curves of teeth. Only moments before a sudden hole opens from shoulder to torso via heart and lung, he scans his domain: two lionesses lying with a restless cub down in the hollow to his right, a medley of afternoon odours in the air. He flexes his claws and finishes the yawn with a bored growl.

Richard balances his promise of deliverance against the trigger and squeezes. The sharp snapping booming sound rips out and fades slowly. A steady clean shot. A perfect kill. Pumped up on the kick of adrenaline, he strives to grasp the primitive identity as it falls into him and through him. “I am erasing the doubt! I am connected to the earth! I can feel the rawness of life and death, I can find purity in the hunt, and solace in the kill. I can feel at ease in the meat aisles of supermarkets, and relax at the desks of domesticity. I having faced the primeval, accepted the challenge, have blood on my hands and in my veins and stand above the dislocation and separation. I am a legitimate man, I can eat in peace, and stand at the copier machine with a faraway glint in my eye.”

The South Bay Zoo officials were slow to react to the inexplicable gunshot that shattered the normal Tuesday afternoon calm. It took several minutes for scurrying keepers to converge on the lion pen, where a small group of shocked visitors had just seen the zoo’s star attraction shot dead with a hunting rifle in broad daylight. The African lion Helmut had been an expensive investment, brought in from South Africa after long-running negotiations with the board; management were radically upset. He had been bought from the zoo in Capetown using a five-year loan on a fixed interest rate, to try and boost the visitor numbers that had been falling steadily for the last decade, but his calm demeanour and propensity to hide away from viewers hadn’t captured the public’s imagination or coffers.

Thankfully, the subsequent news reports and flood of journalism, the drawn-out manhunt, dramatic capture, fascinating trial, and final sentencing of some deluded assistant accountant brought more publicity and visitors then most of the previous carefully planned campaigns put together. It was the lead story in even the major newspapers for the best part of a week and popped up in catchy headlines for many months. A large plaque was erected in the clearing where he was murdered, a small ceremonial burial was photographed and shared, a line of flowers gathered along the railings, and debates raged about whether of not he should be replaced with another lion. The whole enclosure was named in his honour and a Wikipedia page was created to document the whole affair. Every so often, Charles Smith, the Zoo Media Coordinator, logged on to his laptop just to see if it had been changed.