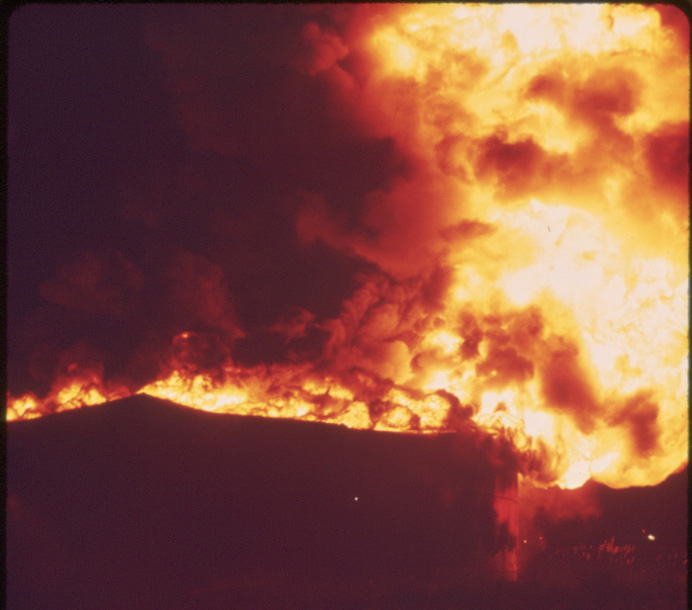 June 23rd: with little to no rain and generally no wind, conditions were perfect for this year’s National Rubbish Burning Night. Despite a downturn in the tradition over recent years, there was still a large turnout all over the country, particularly in smaller communities where specimen rubbish items tend to be hoarded away in old sheds and unused rooms and attics.

As reports came in from across the nation, it became clear that despite the midgets, the general ethos of “if you build it, they will come, carrying bags and boxes to burn” attracted huge numbers of both spectators and participants.

According to John McHale, in a small village in the midlands, this year’s event was one of the best in recent times.

“It’s the biggest yet since the crash of 2008. You can see donations improving year on year as people upgrade and throw things out. We had four mattresses ourselves left out back since Christmas, and we cleared out the crap from the renovations last year. They were a bit damp but burned away grand, and we gave a few old tires for the sake of tradition, and sure they throw up grand black smoke.”

His two sons John and James were likewise satisfied, having donated their collection of mostly empty deodorant cans to the colourful blaze, along with the old desktop and monitor and two broken printers and old redundant cables.

“The printers took a while to go, ” said John. “I suppose it was the metal parts. But the cans were class, they were flying out all over the place. One of them landed right next to me. I even burned my jeans.” John lifted his leg to show me where the skinny jeans had been burned away.

Meanwhile, in a smaller fire in the west of Ireland, local man Seamus Scully explained that the organisers aimed for a balance between tradition and innovation.

“Well, we had a bunch of old crates and tyres, lots of cardboard and a few tins of petrol to get it going, and we cut down a few trees to give it a more organic feel… but we also had some great modern additions, like batteries, broken phones, boxes of Lidl and Aldi newspaper supplements, books, fat TVs, fencing, bottles, broken toys, used cosmetics… we even had a couple of armchairs and a cracked Ikea wardrobe. It was full of awful clothes!”

Seamus pointed out though, that the younger generations have forgotten about the core meaning of the day.

“The young people aren’t interested really. They only come down to drink a few cans on the sly and let off fireworks and burn things just because… they don’t care about the tradition or the occasion at all at all. Sure my young fella wouldn’t even help me drag in the old setee and dishwasher, but he was quick enough to run down with the tins of flammable paint wasn’t he? Sure that paint was still good!”

“I suppose it’s always the way, us adults thinking that the youth of the day have lost the plot. But this was always a family day, where you’d get together to collect for the fire and enjoy a night outdoors, and the way that different materials burn and the blast of heat to keep the flies away. Sure now they’re too busy shnapchatting selfies to get involved.”

As the fire burned away, slowly stripping the generous donations into ash and charred metal, the small crowd dispersed back to their homes, the site for the fire being outside any wifi and known for notoriously poor 3G signals. 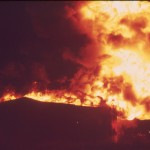