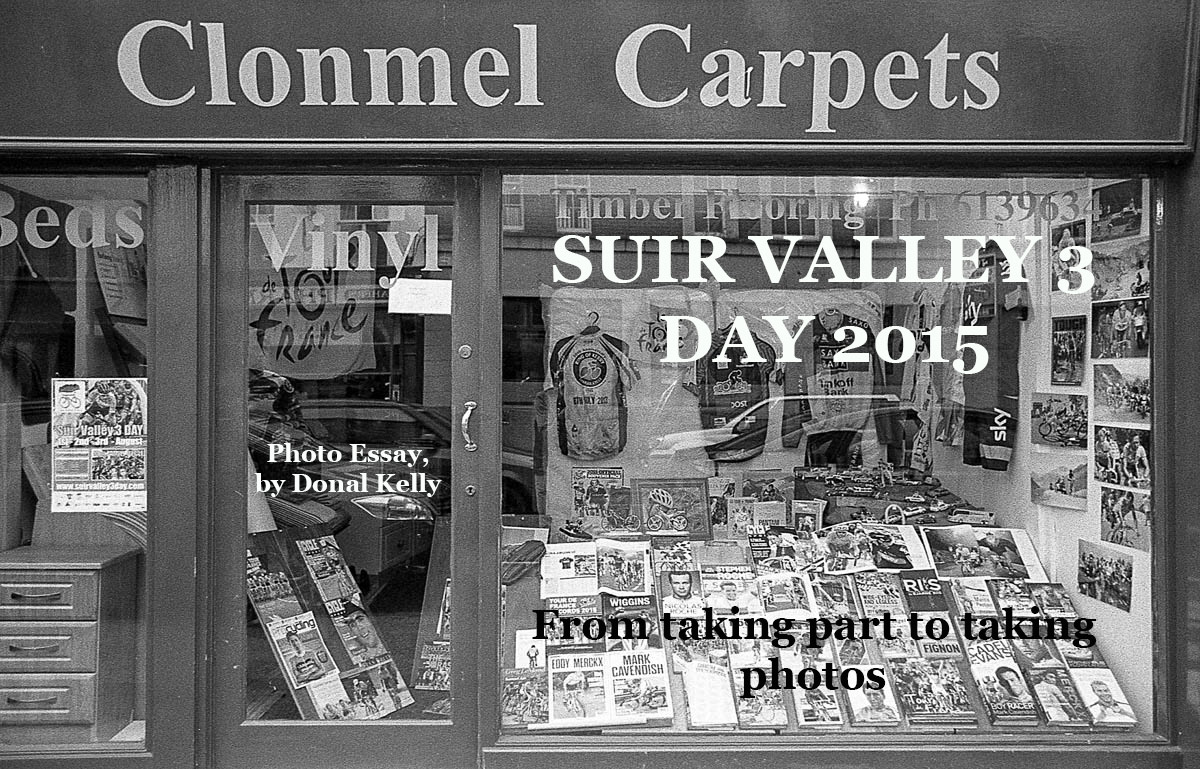 It is the last race of the road season for me, but I don’t know it.

I don’t know it until halfway through stage 2 when the bunch is going down a straight descent into Dungarvin. A rider comes down somewhere in front on the left, and a dominoes game of falling cyclists begins. Given the speed there isn’t much that can be done. I swerve round a few bikes and riders and water bottles, then a white frame bounces up in front of and bang.

So instead of getting a kicking on the last two stages, I take some photos instead. I brought along my Canon eos 1n that’s almost as old as myself, and a couple of rolls of Kodak Tri-X. Before going to wartch the finish of the last stage atop the Nire, I added a roll of Kodak Gold 200 courtesy of Boots.

5 hours in Clonmel A&E clogging up the place with other guys who came down in the spill on the descent into Dungarvin after less than 40km.

The criterium is neutralized for GC due to monsoon rain. Riders only have to complete 20 minutes to stay in the race, and most choose to pul out after this.

STAGE 3: THE VEE AND THE NIRE