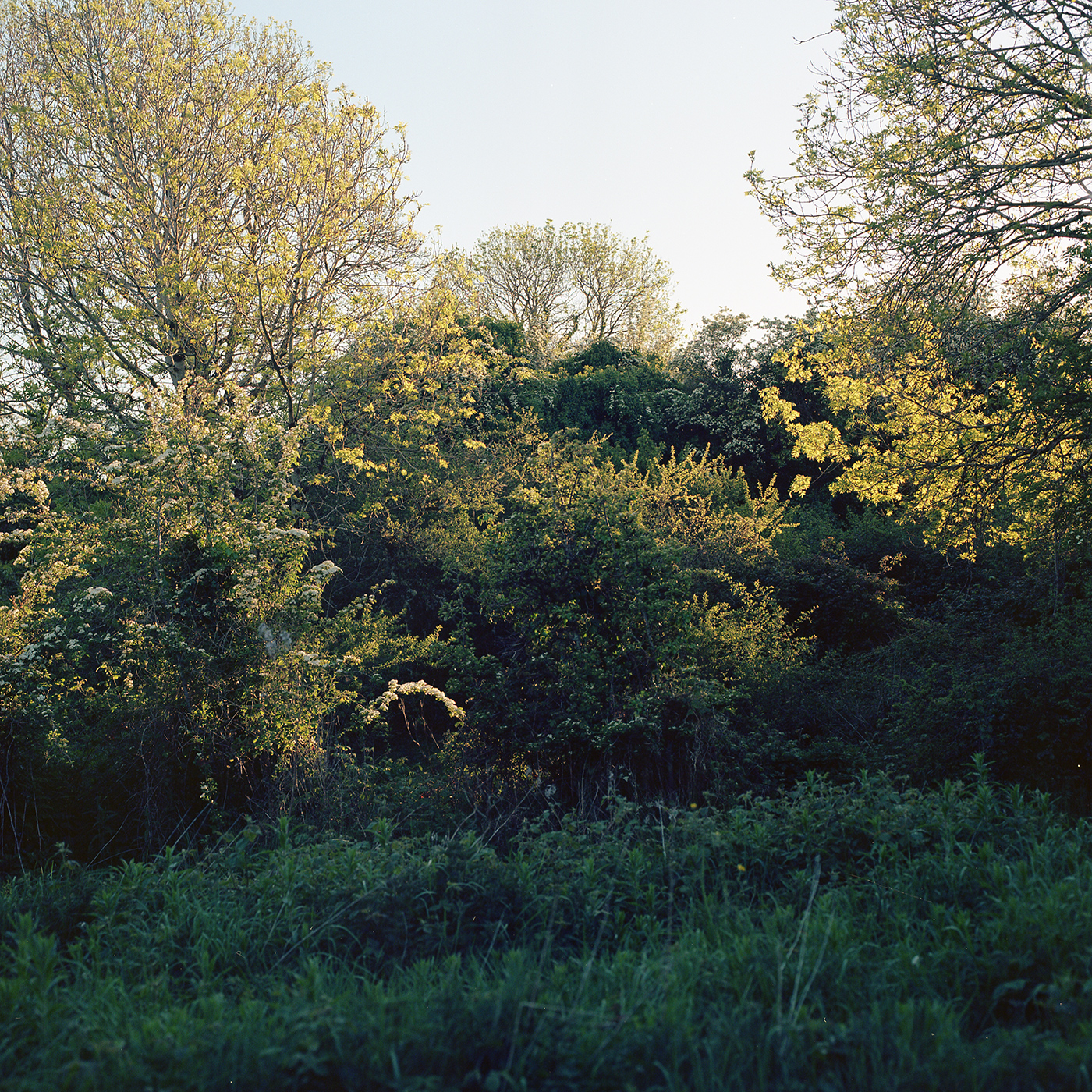 [image: Corrib river bank near NUI Galway on Ektar 120 via Hasselblad at 80mm; I expect this area will be re-purposed as per the planning permisison notice on the path, to give way to more student housing and carpark, and a "Dedicated Biodiversity Enhancement Area". You'll be grand, Nature, relax; we just need to fire a bike lane through here. ]

A morning run can be better in theory than in practice. Well, every theory can be better than its practice, but yeah, morning runs. It’s already ‘too’ late when I start so I can’t faff along for 15km of continuous birdsong, so instead I decide to try a few vague rough-road 500m efforts. Slow down the peninsula and quicker back up. Less than pain but at least some pant. Repeat * 5. Flat out for the last. I struggle to rouse the legs and a stomach grumbles about breaking its night of fast.

On the first lap there are shiny black slugs in one spot near an expensive lakeview house built in a European money vernacular. They, the slugs, are down between the grass at the edge and the grass in the middle. I aim to remember to keep my feet away. Maybe it’s some reproduction ritual, snail chasing snail, franticness of nature slo-mo pace. I wonder about their chances and count the cars in houses in the short stretch as I run: 1 + 4 + 2. I can do this. Seven. Comings and goings. Holiday homes. They, the slugs, might be safe enough, snug as bugs, meandering along the deathy tyre-lane parts of road. Maybe they can eventually evolve to avoid roads. Or just not exist. Not existing is less of a solution though.

May is full gas gunning along now, hawthorns and their mayflowers already peaked, gulls, terns and geese squawking, squabbling, and wheeling round their Creeve nesting site, low clouds over bright lake, stubs of islands all green and morning mayfly boats out. First dates, couple goals, eggs eggs eggs, edge to edge leaf, insects being snaffled up on every surface- quivering web of spider, rising gulp of trout, jinking swoop of swallow. We don’t eat them ourselves much but perched up on the top of the food chain we are burning other links below, or paving over them with concrete or mounds of empty plastic packaging. Sorry mate, didn’t see you there.

Oh if I could get up earlier, chop an hour off, jolt out of bed like electric spark, have the grog immediately clear, then maybe maybe. The day might not have flown away because I went ahead with the run and then was too tired and hungry to be hungry for effort. The non-morning-person is condemned to forever chasing the remnants of risen days with lateriserguilt.

My legs are still riddled with a medley of midge bites that I like to humblebrag about, or stumblebrag or lookatme-brag, fishing for likes or something. Or a social expression, something we are drawn to, driven to. Here, look at my fine injury and comment. They itch like a bitch and I scraped a few pieces of skin enough to scab. My willpower is too weak to resist. You would think that nature would let itches lose their effect after a few hours? Or maybe scratching the skin till it bleeds is actually the optimal solution. Maybe scratching is actually a social signal, that makes it hard to hide a dodgy condition from others?

Back on the morning run, which already seems like a long time ago, things don’t end well for the slugs. On interval 4, I hear the rattle of wheels on cattle-grid behind me, then the postman in his van passes. After, I can see one slug squashed into goo. Sorry, mate. And on the last effort, where I push the 500m down to 1:28, a gold Landcruiser is trying to reverse a trailer into the big Euronacular house (Christ, wouldn’t you love if it was yours?). All the slugs are gone. Ooh I should have stopped to pluck them up and drop them into the grass. Now they are all dead. May is murder.